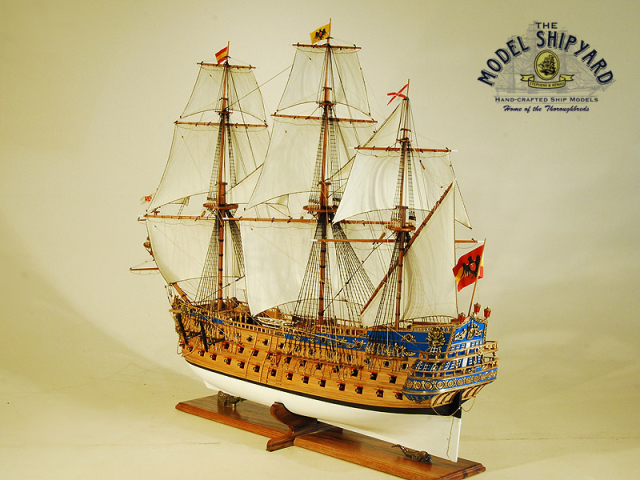 This model ship of the San Felipe was custom built from the following information:

About the construction of the San Felipe wooden scale Model Ship

History of the San Felipe

San Felipe’s main task was to protect Spanish settlements and harbors against the British and French. The San Felipe also had to transport treasures and safeguard the passage back to Spanish ports.

The San Felipe is well known for her heroic battle during the War of the Spanish succession in 1705 with 12 Spanish ships against 35 British ships.

The San Felipe was captured by the British but was so badly damaged that they could not salvage her. She went to the bottom with several tons of Gold.

The battle was considered a victory for Spain and 9 British and only 4 Spanish ships were lost. San Felipe, herself sunk 2 ship-of-the-lines, and 1 frigate. This record still stands as of today.