Sovereign of the Seas

Sovereign of the SeasBack to Historical Ships 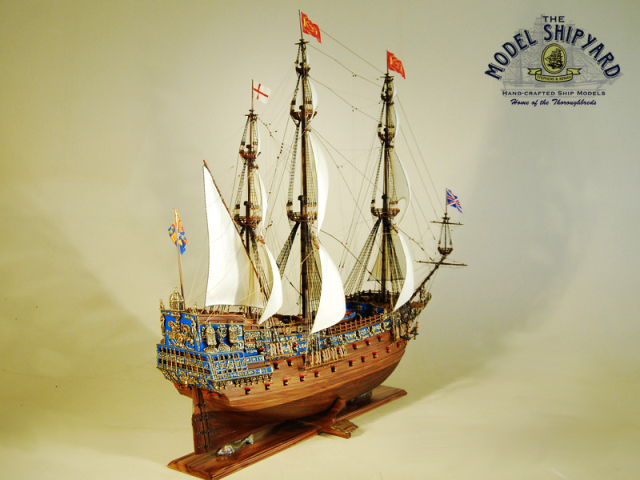 Sovereign of the Seas Model Ship

About the Sovereign of the Seas wooden scale Model Ship

This model ship of the Sovereign of the Seas was custom built from the following information:

History of Sovereign of the Seas

Sovereign of the Seas was a warship of the Royal Navy with an armament of 102 guns. Phineas Pett designed her after Charles I informed him to design a great new ship as part of his effort to improve England’s navy. She was built by Peter Pett, at Woolwich Dockyard in England and was launched in 1637.

The ship-money tax levied by Charles I for his naval program contributed to his overthrow and execution in 1649. His subjects resented his lavish and inappropriate naval program.

Unfortunately, disaster struck eleven years later when a misplaced candle set the Sovereign of the Seas on fire and she burned at Chatham.

Learn more about Sovereign of the Seas: https://en.wikipedia.org/wiki/HMS_Sovereign_of_the_Seas