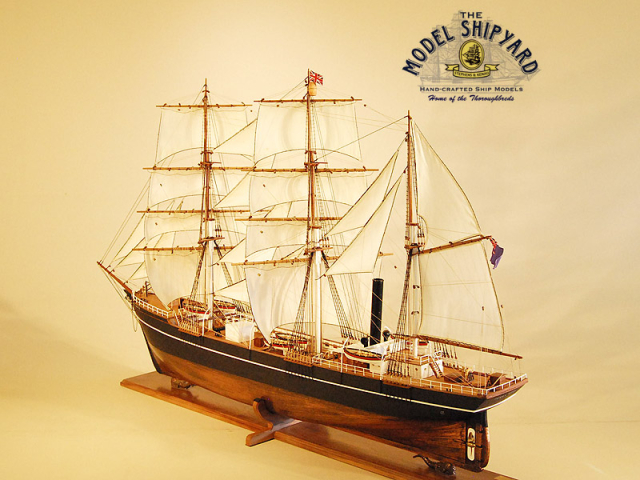 History of the Terra Nova

The Terra Nova (Latin for Newfoundland) was built in 1884 for the Dundee whaling and sealing fleet. She worked for 10 years in the annual seal fishery in the Labrador Sea proving her worth for many years before she was called upon for expedition work.

Terra Nova was ideally suited to the polar regions. Her first work in the cause of science was as a relief ship for the Jackson-Harmsworth Arctic Expedition of 1894-1897. In 1898 it was bought by Bowring Brothers and sailed under the command of Nicholas Kennedy and in later years by Captain Abram Kean.[1]

In 1903, she sailed in company with fellow ex-whaler Morning to assist in freeing from McMurdo Sound the National Antarctic Expedition’s Discovery, under Commander Robert Falcon Scott.

In 1909, she was purchased from Bowring Brothers Limited for the British Antarctic Expedition, known also as the Terra Nova Expedition, for the sum of £12,500. Reinforced from bow to stern with seven feet of oak to protect against the Antarctic ice pack, she sailed from Cardiff on 15 June 1910 under overall command of now Captain Scott, who described her as “a wonderfully fine ice ship…. As she bumped the floes with mighty shocks, crushing and grinding a way through some, twisting and turning to avoid others, she seemed like a living thing fighting a great fight.”. Although the twenty-four officers and scientific staff made valuable observations in biology, geology, glaciology, meteorology, and geophysics along the coast of Victoria Land and on the Ross Ice Shelf, Scott’s last expedition is best remembered for the death of Scott and four companions. After wintering at Cape Evans, on Ross Island, Scott, Henry Bowers, Edgar Evans, Lawrence Oates, and Edward Wilson set out on a race to be the first men at the South Pole. Starting with tractors and Mongolian ponies, the final 800 miles had to be covered by man-hauling alone. Reaching the South Pole on January 17, 1912, they found that Roald Amundsen’s expedition (based on Fram) had beaten them by thirty-three days. Worse was to come, as all five men died on the return journey. Tent, bodies, and journals were found the following summer.

After returning from the Antarctic in 1913, Terra Nova was purchased by her former owners and resumed work in the Newfoundland seal fishery. Estimates for its career as a sealing vessel is over 800,000 seal pelts. [1] In 1918 it was charted by DOSCO to transport coal from the coal mines at North Sydney to Bell Island. It had also assisted at the disaster of the Florizel in February 1918. In 1942 it was chartered by Newfoundland Base Contractors to carry supplies to base stations in Greenland when on 13 September, 1943 she was damaged by ice and sank off the southwestern tip of Greenland; her crew were saved by a United States Coast Guard cutter Atka. The figurehead for Terra Nova was removed in 1913 and sent to the National Museum of Wales.

Learn more about the Terra Nova