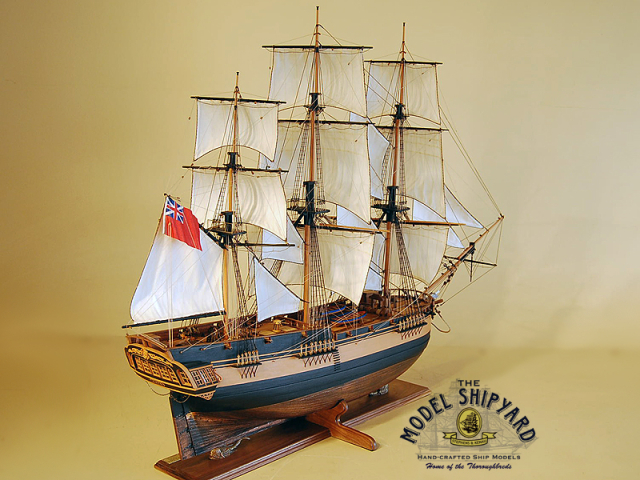 The Cato was an East Indiaman.

This model ship of the Cato was custom built from the following information:

About the construction of the Cato wooden scale Model Ship

History of the Cato

The Cato, a full-rigged, 430ton burthen, was built by Stockton in England and was registered to Reeve & Green of London.

Luckily the crew and passengers of the Cato and HMS Porpoise landed on a sandbank as their ships broke up. This sandbank now known as Wreck Reefs are located in the southern part of the Coral Sea Islands.

With no sign of rescue, the passenger of the Porpoise, Matthew Flinders and the Cato Captain, John Park, took the largest cutter, naming it Hope, and 12 crewmen and headed for Sydney on 26 August 1803.

On 8 September 1803, the Hope entered Port Jackson through marvelous navigation. Only three lives were lost in this joint tragedy.

The Cato Reef also got its name from the Cato who discovered it.

Learn more about The Cato: https://en.wikipedia.org/wiki/Cato_(1800_ship)