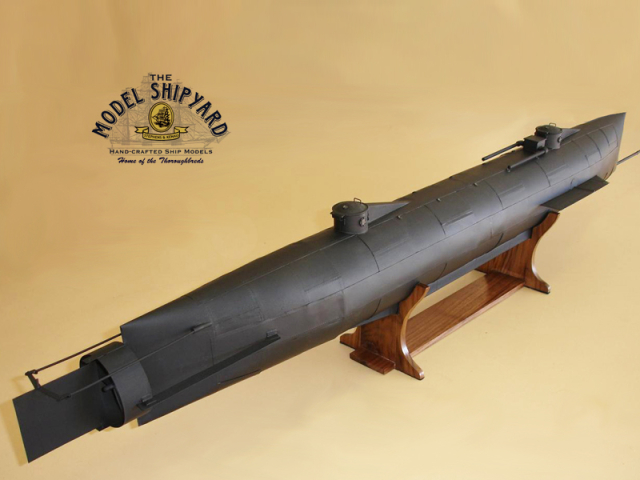 The CSS Hunley was a Confederate Submarine.

About the CSS Hunley Model Ship

This model ship of the CSS Hunley was custom built from the following information:

About the construction of the CSS Hunley Model Ship

History of the CSS HL Hunley

The HL Hunley was a Confederate State submarine, built by B Park & Thomas W Lyons, Mobile, Alabama in 1863. The CSS HL Hunley was named after her inventor Horace Lawson Hunley.

The CSS HL Hunley was launched in July 1863 with a complement of 8 and an armament of a Spar Torpedo.

The CSS HL Hunley sank on 29 August 1863, during a training exercise killing 5 members of her crew. She sank again on 15 October 1863, killing all 8 of her second crew, including Horace Hunley himself.

On 17 February 1864, the CSS HL Hunley attacked and sank the 1240-short ton-screw sloop, USS Housatonic. Soon after that, the CSS HL Hunley sank, killing all 8 of her third crew, going down in history as the first combat submarine to sink a warship.

The CSS HL Hunley is now on display in North Charleston, South Carolina at the Warren Lasch Conservation Centre on the Cooper River.