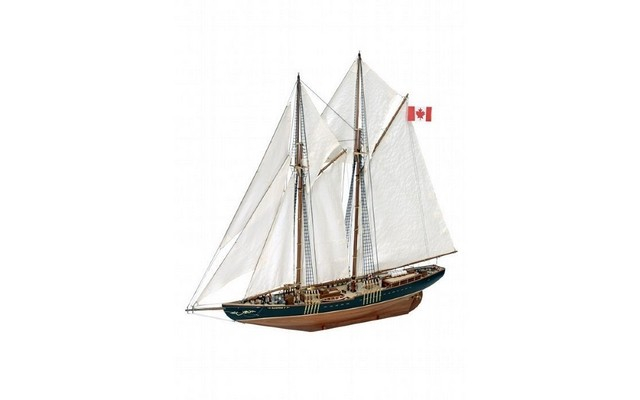 The Bluenose was launched in Nova Scotia in 1921 to fish in the rich seas of Newfoundland. It was also widely used in racing competitions off the US Eastern Seaboard and won all the races that it entered into and so became the fastest yacht until it was shipwrecked on a Haiti coral reef.